Scientific facts and simple knowledge of how the body works 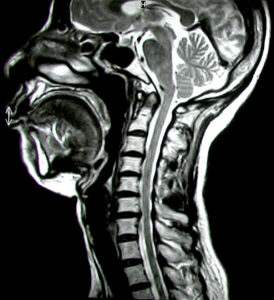 A living person has a brain.

A dead body also has a brain, but it doesn’t have any activity. This is because the brain is not active.

Our body is controlled through the brain and nervous system, all moments of our lives, day and night.

The most important thing to remember is that Innate Intelligence, which is the law of nature inherent in our body.

Innate (Inborn) Intelligence is the name we give to the source of the forces that act through the medium of our brain, and it is invisible to the eye. Therefore, it is also called wisdom of immanence.

Universal Intelligence is in all matter and continually gives to it all its properties and actions, thus maintaining it in existence.

The power of nature uses the brain and work through the nervous system.

Chiropractic philosophy teaches us about this point as follows:

No.28 The Conductors of Innate Forces.

The forces of Innate Intelligence operate through or over the nervous system in animal bodies.

The state of the cells in the body depends on the normal supply of nerve energy from the brain. Therefore, chiropractic describes the cause of why those of condition exist.

The autonomic nervous system controls your body as a living, unconscious person. The function of the heart and stomach are good examples of its nerve action.

Whether you know it or not, or don’ want to know, it is a fact that your body is controlled by your brain.

Dr. B.J. Palmer, founder of upper cervical chiropractic states, “The laws of life works even though the educated man knows nothing of that law.

Therefore, Innate Intelligence, also called inborn wisdom, which is an inherent of your brain knows the body completely and knows it its needs, knows what to do or not to do, naturally. It can do this without thinking or any education.

Treating diseases and relieving symptoms are medical procedures that are performed by people including you, doctors, and various therapists using their knowledge of the human body. So the important thing for you to realize is who knows your body best or completely? The answer is your brain. This is because your body is controlled by your brain. Your body is not controlled by others.

We know that even doctors who know a great deal about disease and the body can get sick, undergo surgery, or even die.

We know of chiropractors who have a lot of knowledge about the spine and nerves, yet have poor posture.

Why does this happen? Because no one knows the body completely.

B.J.Palmer comments about our knowledge of anatomy in his book ”As A Man Thinketh”.,P.36.

Therefore, we are only talking about the things what we know.

Chiropractic lets your brain (Innate Intelligence) diagnose you and heal you.

In order for this to happen, there must be no interfere with nerve transmission from the brain.

D.D. Palmer, the founder of chiropractic, mentions that