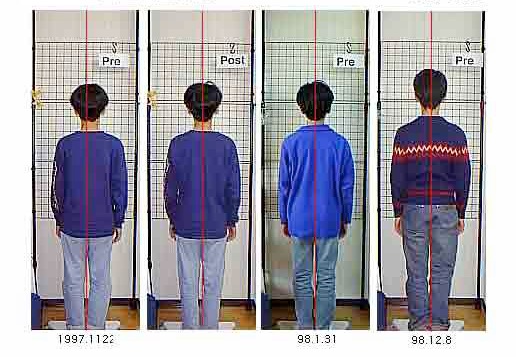 This boy was suffering from herpes and sleep disorder. His mother took him to our office. First adjustment was given on Dec.22, 1997.
After adjustment, posture improved.
Next year, January no subluxation was found. In December the sleeping disorder is getting better. The boy experiments a sudden growth, especially in height. No subluxation was found.
His atopic dermatitis, which was present since he was about three years old, started improving while time has passed.